Perry Square, Erie, PA USA is the Signature Series Ornament, the 20th in the series, for 2013. This exclusive ornament depicts the statue of Oliver Hazard Perry, hero of the Battle of Lake Erie.

Perry Square lies at the heart of the City of Erie. Its roots run deep into our history, much like the roots of its majestic trees, planted in 1846, when it was first named Perry Square. Its layout can be credited to Andrew Ellicott, who in 1795 designed the park for the city. Famous for his surveying, he later took over the plan for Washington, DC. Perry Square was named in honor of Oliver Hazard Perry, the victorious commander of the American fleet during the Battle of Lake Erie in 1813.

There is literally a great deal of history that surrounds Perry Square: the Federal Courthouse, the Erie County Courthouse, the old Public Library, City Hall, Gannon University, Erie Insurance, and numerous small businesses. Throughout the park, there appear a number of monuments and statues, including that of Oliver Hazard Perry. Although the history that permeates this downtown area is important, Perry Square remains a vital part of downtown Erie. Festivals, farmers’ markets, art exhibits and concerts as well as other local events have all found Perry Square to be a welcoming venue. The park benches and shaded lawns are a favorite lunchtime gathering place for many of those employed by local businesses, in addition to those who simply come to relax.

The Perry Square Alliance and the City of Erie are currently working to improve and maintain this historical treasure in the center of the City of Erie. To preserve its history and to insure its place in the lives of coming generations is a goal all citizens of Erie share. 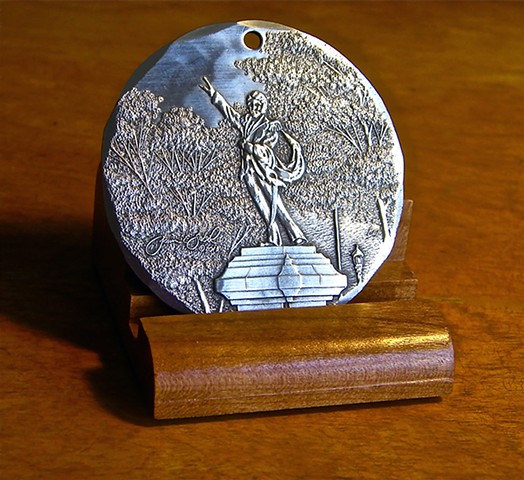